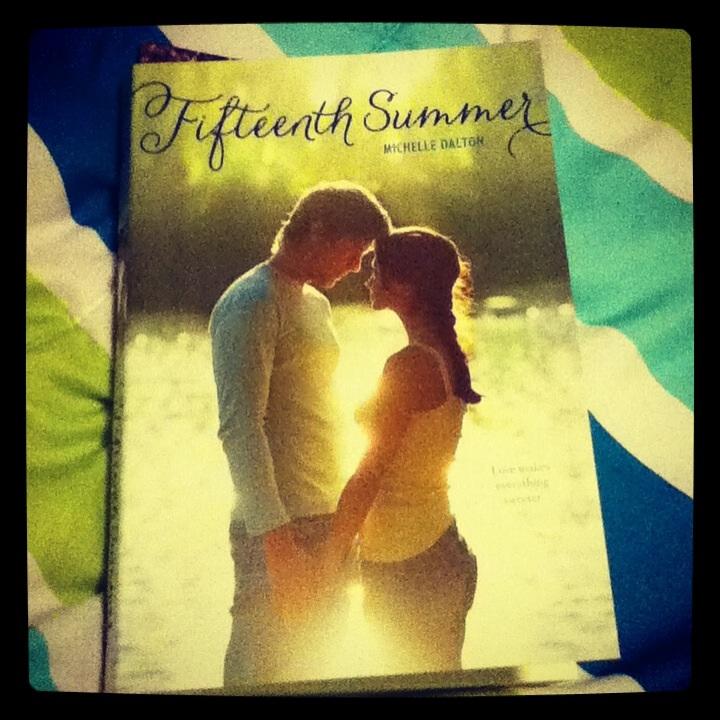 Checkout the novel Fifteenth Summer for a romance filled summer story in which a teenage girl named Chelsea and her family travel from their home in the busy city of L.A. to the laid back, quiet surroundings of Bluepoint, Michigan to their grandmother’s cottage for the summer. Granly, their grandmother had just passed away this year, and it would be their first ever summer at the cottage without her. Also this is Hannah, Chelsea’s oldest sister’s last summer before she starts college at U of C. Chelsea’s sisters, Hannah and Abbie, are anxious to find their summer flings from the previous year in Bluepoint. Hannah immediately finds herself in a relationship and Abbie is out of luck and will spend her summer flying solo. Chelsea, only 15, doesn’t find herself attractive and doesn’t even think of boys, unlike her sisters. Unexpectedly, Chelsea finds herself face-to-face with her “love at first sight” in her dream bookstore. Inside, Chelsea is busy “fan girling” about the bookstore when she meets the store owner’s son Josh. Chelsea and Josh instantly clique. Throughout the summer Josh and Chelsea are drawn together. From being simple book lovers, to spending every chance they could possibly get together, the couple’ s compassion for each other is unexpectedly challenged by a simple mishap at the bookstore that will make the couple decide on their true priorities.

I would recommend this book to almost anyone that has even the slightest liking for romance books. It uses real life, commonly heard of situations and really shows the character’s point of view. I’d also recommend Fifteenth Summer to any girl in a relationship. One reason is because the main character, Chelsea, shows a girl’s point of view, opinions, emotions, and way of thinking differ from a boy’s perspective. A second reason being because the situation Chelsea is in deals with teenagers figuring out their priorities and managing their time, which becomes a big responsibility around that age.

There are a lot of teenage girls that don’t play sports or have any hobbies, so they surround themselves with reading. These girls often start “fan-girling” about little, exciting things that catch their attention in the books they read and share. I’ve seen it before and my friends crack me up when they do it because I’ve never been a big reader. I think these girls could really relate to Chelsea because she absolutely loves reading and doesn’t know what to do after breaking her e-reader in the process of trying to read in the shower. Chelsea also nit-picks at bad writing with Josh, this brings them closer in a small way. The best part is when Chelsea walks into Dog Ear, which happens to meet all the requirements of her dream bookstore,  is so astonished she freezes shortly after walking in the door for such a long time that one of the store employees had to ask her if she is okay.

I really liked the way the author Michelle Dalton uses up-to-date information in her book. In one section of the book Chelsea wonders how she is going to find out more about Josh. She wonders whether he is on Team Peeta or Team Gale from a big hit movie, The Hunger Games. She states that either was fine as long as he’d never been on Team Edward or Team Jacob, an allusion from Twilight another big hit movie and novel series.

The author also showed the character’s thoughts and emotions very clearly. Numerous times in the book I could perfectly relate to Chelsea’s thoughts and feelings. Other times I thought to myself, “Oh my goodness I would totally do that!”

One example that sticks out to me the most is at the beginning of the story when Chelsea first sees Josh at Dog Ear in the same aisle and she tries to nonchalantly run her fingers over the edges of her mouth to check for stickiness from the ice cream she had just eaten. When I read this section, I was totally overwhelmed with how much I could relate! Having something on my mouth or stuck in my teeth is one of my biggest nightmares, especially when I’m around a cute boy! Another great example of Chelsea’s relatable feelings is when Josh calls her to break up with her. When given the heart breaking news, the news dramatically changes Chelsea’s tone from being totally love struck, to snappy, hasty responses to everything Josh tries to say. Chelsea becomes very irritable to little things such as when Josh cuts her off during her responses and when he uses words the wrong way to say what he wants to say. I couldn’t believe how the conversation went downhill so fast. It sounded almost exactly like a petty fight between two teens would go.

I also really enjoyed the way Dalton set up her story. When things went south, a joyful moment or event occurred shortly after to pick up my spirit. Fifteenth Summer is also a book with no numbered chapters! This created suspense between scenes that kept me reading. As soon as the event would get to its peak of excitement, a different scene of the story would begin.

I disliked part of the ending of the story that told about Chelsea’s garden that she had worked up in place of her grandmother’s old garden. Chelsea worked long and hard working and protecting the garden because she wanted it to be a success, unlike her grandmother’s usual harvest that was eaten by beautiful deer. She wanted her garden to be different so that maybe it would help her move on. On the one day that Chelsea forgets to sprinkle her garden with cayenne paper, hungry deer eat her garden for a midnight snack. This causes distress within Chelsea on top of the fact she just got dumped and watering her garden was the only thing that got her out of bed. It also causes distress within her mother who first notices the garden on top of dealing with the loss of her own mother. The only other thing I disliked about the book was that some descriptions were drug out. When Chelsea’s phone rings, the author lists all the little things Chelsea loves about Josh. The list is slightly lengthy and some facts I could do without. It was comparable to Dora the Explorer, a children’s show. Whenever something goes wrong, there is a long teaching moment to plan out how to solve the problem. In reality I hope people can figure out how to fix their problems faster and I’m pretty sure my phone doesn’t ring long enough for me to think about everything Chelsea does.