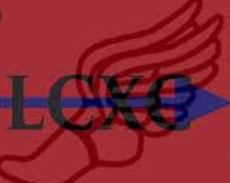 The first Lewis Cass Boys Cross Country meet was held at Twin Lakes on Wednesday, August 21, 2019. Bailey Scott helped the Kings win the meet against Twin Lakes and North White. The hot and hilly conditions made it hard for the runners to run their best 5k(kilometers). In cross country, the top five finishers on each team make up the team score with their place being the amount of points that team will receive. For example, if the first through fifth finishing places are first, third, fourth, fifth, and ninth, that would equal 22 team points. The sixth and seventh runners can push the other teams top five back in points, but further on from that do not count in the scoring. The lowest amount of points wins the meet. The Kings won with a score of 33, North White came in second with a score of 46 and Twin Lakes finished with 53 points.

Bailey Scott, a senior, finished first overall with a time of 17:42. Bailey has been outstanding in his three years of his high school career. He has made it to semi-state the past two years and it is inevitable that he will make it again. Juan Simpson, another senior, came in second for the Kings and fifth overall with a time of 20:31. Juan has been working hard all year and it showed in the meet. Finishing third and fourth for the Kings were Erik Mayorga and Sam Miller who ran through the finish line eight and ninth overall with times of 20:59 and 21:16 respectively. Erik is a junior and is looking forward to improving his times in the next two years. Sam, who is a senior, has been a very consistent runner for Cass in his three year running career and will also make a push to break some of his personal records.

Fifth for the Kings was freshman Enoch Hines, who finished with a time of 21:37 and placed tenth. Hunter Mundy, yet another senior, ran a well paced race at 21:53 and finished twelfth. Hunter stayed at a very steady pace throughout the race and never slowed down. Rounding out the top seven for the Kings was Carl Jay who placed thirteenth overall. Carl has had a tremendous three years on the team. This race was not the ordinary for Carl as he has been battling a knee injury as well as many other step backs. Everyone hopes that he will be back to himself on Saturday. He ran a 22:07 on Wednesday and is definitely faster than that time will suggest. Although not in the top seven worth a mention is Bryce Hagen who is a senior. Bryce jolted through the finish to achieve fourteenth place and a time of 22:37. Braxton Armstrong, a freshman, made a good debut into his high school career with a time of 22:56 at eighteenth place.

The high school boys and girls will be racing this Saturday, the 24th at the Logansport Invitational. Both teams look to have good seasons as the boys only had one senior out of thirteen team members last year, and the girls had five seniors out of their twenty members. Each team also has acquired over five freshmen. The boys plan on making a push for the top three teams in sectionals as they came up four points short of fifth last year which would have propelled them into regionals. Last year the girls made it to regionals, placing fourth at sectionals and plan to do the same.