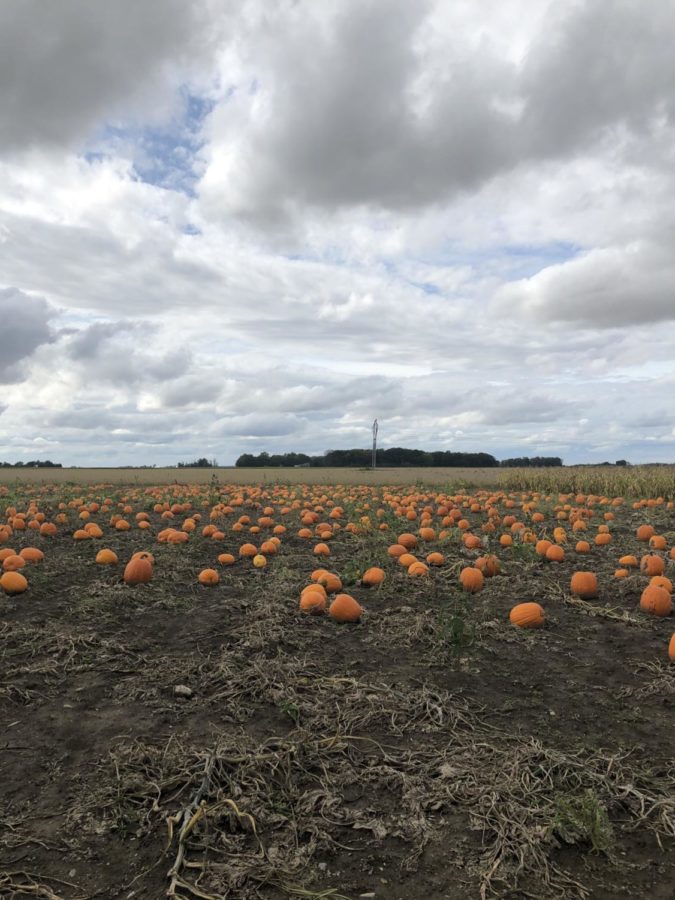 Most people enjoy growing their gardens because they give us fresh fruits and vegetables to grow and eat.  Fruits and vegetables gives us nutrients to keep our bodies healthy. My grandfather Gary has been growing a garden for about the last 50 years.  He spends a good amount of time working in his garden. Not only does he help out his family, but he helps the community as well by selling some of his pumpkins.

First, he has six different sections of vegetables in his garden.  He keeps them spread out so that way they don’t get any diseases. In the first section, he has sweet corn.  In the second section, there are green beans, squash, and gourds. In the third section, there are green peppers, tomatoes, and green beans.  In the fourth section, there is sweet corn. The sweet corn is planted in different sections because of different varieties and different maturity days.  Some mature in 100 days and the other mature in 80 days. He likes to keep those separated. In the fifth section , there are white pumpkins, onions, and zucchini.  In the sixth section, he is going to make that section into orange pumpkins. With the sweet corn, he either freezes it that we can eat it or he sells them. Primarily, he lets my grandma give away the green beans at church.  We end up eating the green beans and squash but sell the gourds. We also eat the tomatoes and green peppers. We use a different variety of sweet corn in the fourth section and sell them. We eat the onions and zucchini. My Grandpa sells the white pumpkins.  We also sell the orange pumpkins and give some of them to kids in the community to decorate for Halloween. 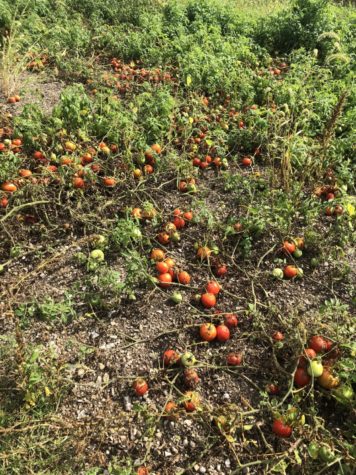 Next, my Grandpa planted two different corns this year.  One takes 100 days to grow and the other takes 80 days to grow.  He tries to plant sweet corn after the last frost so that they don’t get frost all over them.  Usually that is in April of every year. He has to cultivate the corn once a week so that the weeds keep out and the ground stays mellow.  That way the plants will grow better. He also uses a hoe to get rid of the weeds from the garden. If we don’t get rain, then he has to get out a hose to water down the plants so that they will grow.  Gary usually hand weeds the tomatoes and green beans. He plants the pumpkins and then sprays them with a weed spray to get rid of the weeds so he can cultivate them. He does the same with the onions and zucchini.  He cultivates them and sprays the weeds to keep them away.

Then, he harvests all the vegetables.  He tries to start harvest for the sweet corn in July and then sweet corn matures over the summer.  He waits on the green beans to grow big enough so he can harvest them. We cook those and eat them.  We will start to harvest the pumpkins right now. He harvests the pumpkins around the end of September and the beginning of October.  On the pumpkins, last year he gave them to the Lewis Cass Band. They sold them and made money off them for a fundraiser. This year he had two companies that wanted to buy them.  The pumpkins will go for $1 to $2 per pumpkin in the whole sale. If we have extra vegetables, we give them away to neighbors or the Walton Christian Church.

In conclusion, people enjoy fresh vegetables from a garden.  People also enjoy growing their own garden. Growing a garden can be a way to make some money.  It can also be a way to help out communities in case food is needed or decorations for Halloween.  Growing a garden can also teach people ways to farm. We have to cultivate the plants to get rid of the weeds and spray weed killer on them as well.  Since my Grandpa is retired, he spends a good amount of time working in his garden and selling his plants. The plants are always delicious to eat after he harvests them.