The Cancelation of Marching Band 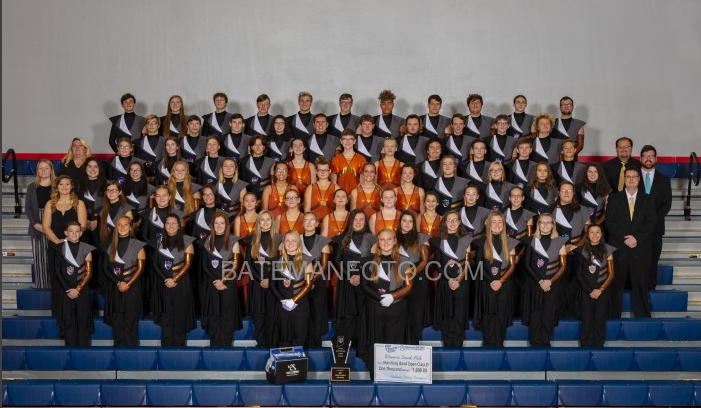 38 consecutive years. That’s how many years our marching band has been to state. Out of those 38 years, we have been a 9 time state champion as well as a 9 time runner up. Back when Corona hit, we were two weeks away from state finals and hopefully another Winter Wins championship. I still remember the day I found out.

I was in Spanish III, and all of the sophomores were out ISTEP testing. Most of my class was made up of sophomores, so the rest of us were sitting and watching a movie when I got the notification. At first I didn’t believe it, it wasn’t until I looked up the Indiana Percussion Association website that I realized it was true. I didn’t want to believe it.

A few friends and I went down to talk to our director Mr. Long to discuss what was happening, but he told us he’d talk about it later. The next class period I had was Geometry with Mrs. Swanson, and all I remember from that class was sitting by her desk and eating M&M’s. Later that day, we were told by our director that the season had been cancelled. I remember being upset, but I mainly felt bad for the seniors who didn’t get a chance to finish out their final winter season. Our Winter Winds season was cancelled on March 12th, 2020. That next day, March 13th, was our last day of school for that year.

Marching Band is one of those sports that starts practice in mid March to April and goes until the second week of November. We practice Monday through Saturday, but we’re almost always together all throughout the week for at least three months. Over the summer, the Indiana State School Music Association announced that they planned to continue with the competitive marching season with regulations, of course. We wouldn’t be able to stay for awards or anything else. Every year during semi-state, it’s tradition for all seniors to participate in the retreat for awards. Going into the year as seniors, we understood that we wouldn’t have that opportunity, and quite frankly, I don’t think any of us minded that much as long as we got another shot at a third state championship. We finally got the all clear to start practicing in July, and with that we set out to hopefully get another championship.

Unfortunately, at the end of our second day of band camp, we got the news that ISSMA held an emergency meeting and decided to cancel the season. Obviously, this hit harder than it did with some of the other students. I tried my best not to cry on the field, but it was incredibly hard not to. Once we were dismissed, I remember getting my things and going into the percussion room to call my stepmom to let her know the news. I’m thankful I decided to go into the percussion room because trying to tell my stepmom that my senior marching band season got cancelled was impossible. To put it simply, I broke down. Even now, thinking about that day brings tears to my eyes, and makes me want to cry again. Some people might think that it’s stupid I cried over a sport, but the pain that I feel when I think about that day can only be described as losing a loved one. I had a dress fitting that day for my prom dress, but I didn’t care about it. All I could think about was the fact that I would never get another chance to perform in front of an audience, and do what I love one last time. Many band kids will groan and moan when the directors say,’One more time,’ but I know I would give almost anything to perform a show with my family one last time. I wouldn’t be who I am without the marching band program. It’s helped shape and prepare me for life after high school.

As sad as I am about the competitive season being cancelled, the bright side is that we are still performing. While we aren’t using the show that originally was planned for the season because marching shows cost a lot of money, we now have come up with a new show to perform. This show was designed and created by the seniors. We started learning it last Saturday, and we will be performing our new show Chaos and Order this Friday at the football game. All the seniors are very excited about this show, and we hope you check it out.