Why Wilt Chamberlain is the greatest NBA player ever 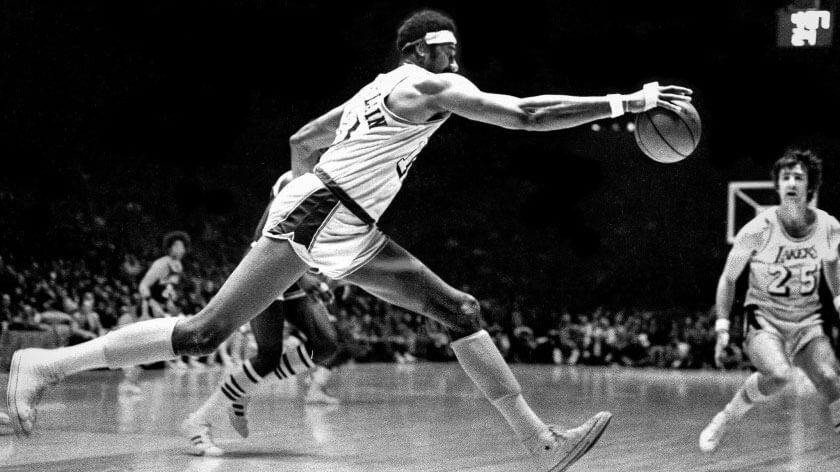 Before I even start, I will say this is a very controversial opinion. Wilt Chamberlain is the best basketball player to ever live in my opinion. He may be the best athlete to ever live as well. He was in the volleyball hall of fame after playing just a few seasons after his NBA career. I will try to convince you why he is the best player ever or at least give you a reason to consider it.

Let me start by telling you some of his athletic feats. He achieved the 40 yard dash in 4.6 seconds barefoot (the same as LeBron James with shoes). He ran the 440 yard dash in 49 seconds, had a 22 foot broad jump, and a 6 foot 6 inch high jump which was the world record for a little bit. He was 7 foot 1 inch tall and had a vertical somewhere in the range of 48-54 inches. The official NBA record for the vertical jump is 46 inches (Michael Jordan). In his prime he was able to bench over 500 pounds and is thought to be somewhere around 525 or possibly more. When he was 59 years of age, he could still bench 465 pounds. To put this into perspective Shaquille O’Neal, thought to be the strongest NBA player ever, bench press was only ever to achieve a maximum weight of 450 pounds. When Wilt was 59 years old he could still bench more than Shaq could ever.

Arnold Schwartznegger is a very strong man and he would work out with Wilt. According to Arnold, Wilt picked him up with one hand easily just like you would with a baby. May I remind you he accomplished all of these feats with not as efficient workout routines as there are now. Imagine Wilt Chamberlain using machines and workouts professional athletes such as LeBron James, Christiano Ronaldo, and many more use. He did all of these feats in Converse or worse sport shoes.

Next, I will talk about his basketball career and those feats. In his first seven seasons he averaged over 40 points and 24 rebounds. They did not keep track of blocks, but there are recordings of full games and you can watch multiple games of him blocking over 20 shots. In his 112 nationally televised games, he averaged 8.8 blocks an outing. He very well could have averaged a triple double multiple times with points, rebounds and blocks. Wilt averaged nearly 8 assists later in his career and then followed it up the next year by leading the NBA in assists in the 1967-1968 with 8.6 a game. He finished his career averaging over 30 points, near 23 rebounds, and near five assists. He has the four most points averaged for a single season with one being over 50 points. He achieved four MVP’s and two championships in his career. Yes, he only had two championships but remember he played in the same era of Bill Russell’s Celtics. The Celtics featured over nine hall of famers on one team in nine of their championships and even had eleven hall of famers at one point in time. Although not an official statline, NBA analysts went back and watched a film of an old game of his where he got 53 points, 32 rebounds, 14 assists, 24 blocks and 11 steals. A quintuple double is what he unofficially pulled off in a single game. He had many other crazy stats including 124 30-30 games and 229 40-20 games. He has too many crazy stalines to even write down.

You may think he played against many players under six foot or even go as far to say they would be as good as average high schoolers now. This is incorrect because the average height in the NBA in 1963 was 6 foot 6 inches(without shoes) and in 2020 it is 6 foot 7 inches in shoes. Yes, there is a skill gap, however, it is not as big as you think. You cannot tell me a 7 foot 1 inch center with the passing ability of many point guards, a 48 plus inch vertical. was faster than Lebron, the best rebounding and blocking ability ever, and a bench press over 50 pounds better than Shaq would not be absolutely dominant now. He also had several bad calls called against him because of his physical dominance. He has 72 NBA records and nobody is even close to that (Michael Jordan is second with 31). They also did not count blocks in his records so he could easily have well over 80 records.

When he was 17 years of age, he played in a league with several professional players including George Mikan. He was not of age and therefore changed his name to play. He then went to average over 60 points in 12 games. In that league’s playoffs he averaged 74 points per contest. After his retirement he played a pick-up game against no other than Magic Johnson. As usual there were several bad calls called against Wilt and because of this he got frustrated and said, “There will be no more layups in this gym”. He then proceeded to block every shot and the opposing team never scored the rest of the game.

Hank Stram, the former coach of NFL team the Kansas City Chiefs, gave Wilt Chamberlain a tryout. He impressed as a wide receiver so well that they offered him a contract. He declined because he was still playing in the NBA. He was a 7 foot 1, insanely strong, fast, and had one the best leaping abilities ever seen to man. “How is it even possible to guard him?” said Hank Stram. Several years later a reporter asked Stram if Jerry Rice was the best receiver he has ever seen. Stram then said, “second best” talking about Wilt. Wilt Chamberlain could have possibly been the best basketball, volleyball, and football player to live. He is also a top 25 track athlete ever as well.

There are several other stories including how he lifted up a 600 pound dolly to an elevator, broke Gus Johnson’s shoulder on a block where Gus tried to Dunk on Wilt, breaking Johnny Kerr’s foot with the force of his dunk, and how he threw a mountain lion trying to attack him. He is absolutely incredible and in my opinion there is no other player better than he was. If you don’t listen to me, NBA legends such as Bill Russell, Moses Malone and Larry Bird will tell you Wilt is the best to ever do it.