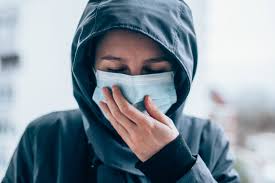 Nobody likes to do something they’re told to do. If one was told to stay at home all day, even though that is what many would dream of doing, we would not want to obey because we were told to do so. Imagine waking up with no purpose for the day. Just doing the same old things every, single, day. Sitting at home wasn’t even the worst part, it was that I missed out on events like my cross country meet, a friends party, and going to France Park with some friends.

My family got quarantined from school on Thursday when my sister had a fever. We were not to be allowed back into the school until my three siblings and I got a Co-Vid tested and all four came back negative. If even one of us were to come back positive, we would all have to stay at home quarantined for ten days. I don’t know about you, but I don’t really want to be stuck in my house for ten days and not be able to see anyone. It felt like forever when I had to stay home for five days. I can’t imagine staying home for ten. Obviously we were all quarantined over the springtime and carried on over to summertime, but that was different because we could still do some fun events even though it was limited.

After we took the tests, it felt like an eternity waiting for the results to get back. I am not usually a worry wart, but I was more stressed and worried about what the results would come back with in my entire life. This test was the thing telling me what I could and couldn’t do. I wanted to go hang out with friends, it said no. I wanted to go to the football game, it said no. It also said no to church, school, a friends party, and my XC meet.

Finally, after a long 5 days of waiting at home we got the test results Monday night. After missing out on the things I do normally, I learned that I take too many things for granted. For example, seeing my friends, I can see them every day at school but I never really think anything of it. While I had to stay at home, I would get so bored and the first thing my brain would go to was the things my friends were doing that I had to miss out on.

In conclusion, I figured out that being quarantined stinks and I would not want it to happen for anyone. I think personally that we should all just stop being so scared of the virus and just treat it as if it was the flu. Having to wear masks and quarantining are no fun for anybody, especially for the kids. I don’t know how all kids feel about it but I know for sure that my friends and I would rather not wear masks and have to social distance. We would rather just go on with our lives normally. Of course I understand these are abnormal times, so my wishes can not become true, but one can wish.