The NFL Cheerleaders Glamorous Life! Or Not 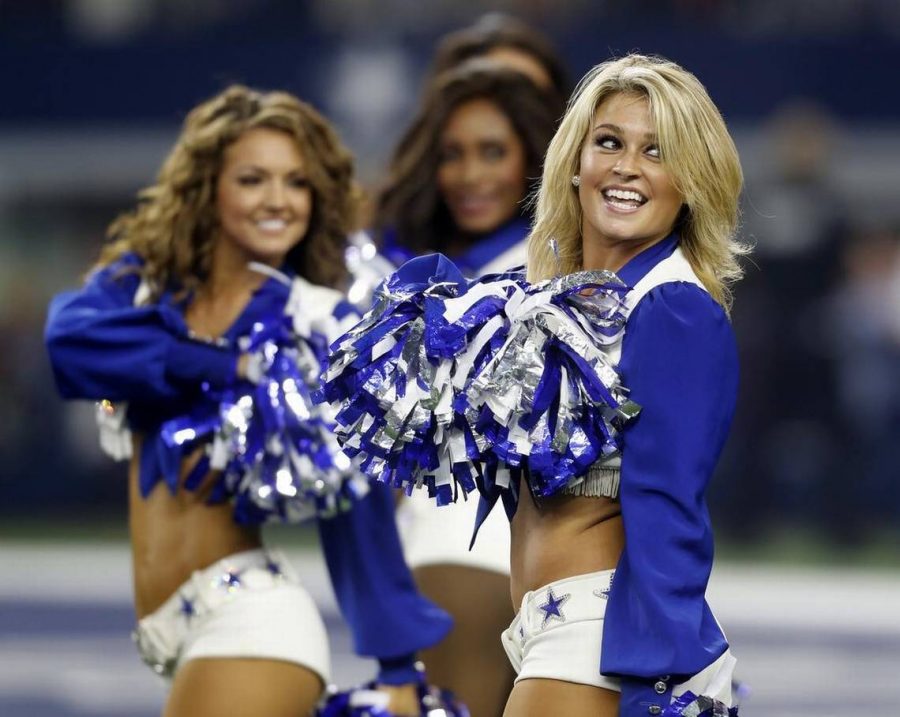 Everyone in the United States knows about the NFL. A lot of people are avid NFL fans, but I am not. Although, I do pay attention to the cheerleaders, and it’s recently come to my attention of the reality that happens behind the scenes. Here are some of the crazy rules that the NFL cheerleaders must follow.

As if having a strict dress code and rules about being around players aren’t bad enough, the ladies must talk in a certain way. According to TheThings.com, in the cheerleader handbook, it states that the ladies have no right to complain or express their opinion. They also have to refrain from using slang or gossiping.

With all these strict rules, cheerleaders must make big bucks, right? Wrong! Cheerleaders make only 10 dollars per hour or less while the players earn around 2 million per year. The NFL generates around 10 billion dollars of revenue each year, but only pay their cheerleaders 10 dollars or less every hour? That doesn’t include all the hours practicing or the events that they are required to show up to. Some of which they don’t even get paid for. On top of that, some cheerleaders are required to show up five hours before kick-off, according to BusinessInsider.com. Cheerleaders make the least amount of money at a game. Both the hot dog vendors and the mascots make more money than any of the cheerleaders.

No sudden change in appearance can be made on any of the cheerleaders. Understandably, cheerleaders can’t make drastic changes in their appearance because of the things they have to do on the field. But some cheer teams have gone to the point of only allowing the ladies to attend approved salons. This includes their weight. According to both BusniessInsider.com and TheThings.com cheerleaders have to stay within three pounds of their ideal body weight which can be considered as their audition weight. If a cheerleader is above the ideal weight, she can either have her entire pay docked or be suspended from either a game or the team.