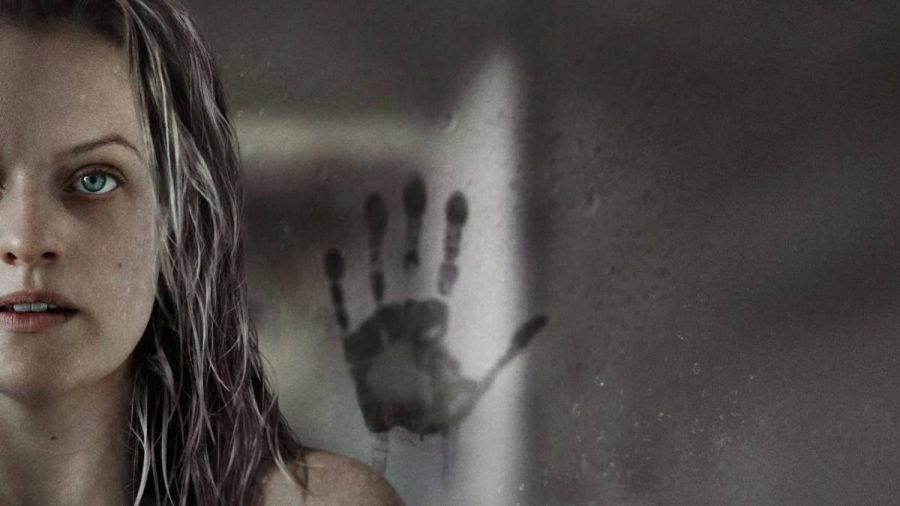 The saying “everyone is different” and “we all have our own preferences” can go a long way. I am sure for this circumstance, we all have our own taste in movie genres. In my opinion, thrillers are great and suspenseful depending on the mood, but creepy and gory horror movies are not on my list of movies to watch. For some, watching scary movies can probably be very enticing, but for me, I despise that feeling of just anticipating when and how the next person is going to die. Every corner turned by the actor makes my heart jump in fear for them to get demolished by the attacker. Granted, some scary movies can be very intelligent and genuinely interesting, but I do not have the capability to sit through and watch a whole movie without going under the blanket. One of those “scary movies” for me is The Invisible Man.

In the beginning of the movie, it starts off very suspenseful and with lots of mystery. All we know is that a woman is attempting to escape from a fortress looking house, but for what reason, we have no idea. So many events occurred, which gave my whole family jump scares. I was often made fun of for getting spooked by the smallest things that occurred throughout the movie. Little me can not endure the unknowing feeling of when a person will pop out, especially if the music is so suspenseful. In all honesty, the music and sound effects during scary movies make the whole experience much more provocative. I am sure without all the unnecessary scary music, I could probably handle horror movies much better than I do now.

Without spoiling too much, the movie consists of some gory deaths and multiple jump scares. I was literally shaking under the blanket. Although, my heart felt intense sorrow for the main character after one specific death. Sadly, the bad guy had to be handsome. Even though he only had a mere thirty minutes to show his face throughout the entire two hours and five minutes of the movie, he was still the main antagonist who made an impact all throughout.

The main character was so traumatized that she could not even go out and get the mail without shaking or running back inside. She was also incredibly desperate to get rid of her toxic ex, so she could “breathe freely.” If I were in her shoes, I would not feel safe unless I had a whole platoon guarding my house, people outside my room, and some fairly brave and strong people next to me. Everyone thought she was crazy and was eventually put in an asylum where her ex, who had an invisibility suit on, followed her every step of the way. No matter what she did, she could feel his presence. It was as if he never slept and only lived to torment her.

Overall, the movie was surprisingly spectacular and I would recommend it to anyone who enjoys thrillers and finds interest in bloody movies. I personally was too scared for this movie so I did not enjoy it as much as the average person would. All personal opinions aside, the movie was still a very interesting film to watch. Personally, I was impressed with the tricks the main character used to reveal the invisible man so she could have a fighting chance. My favorite part might have been the ULTIMATE plot twist that almost no one expected towards the end of the movie. If you want to know what I am talking about, go ahead and watch The Invisible Man to find out.