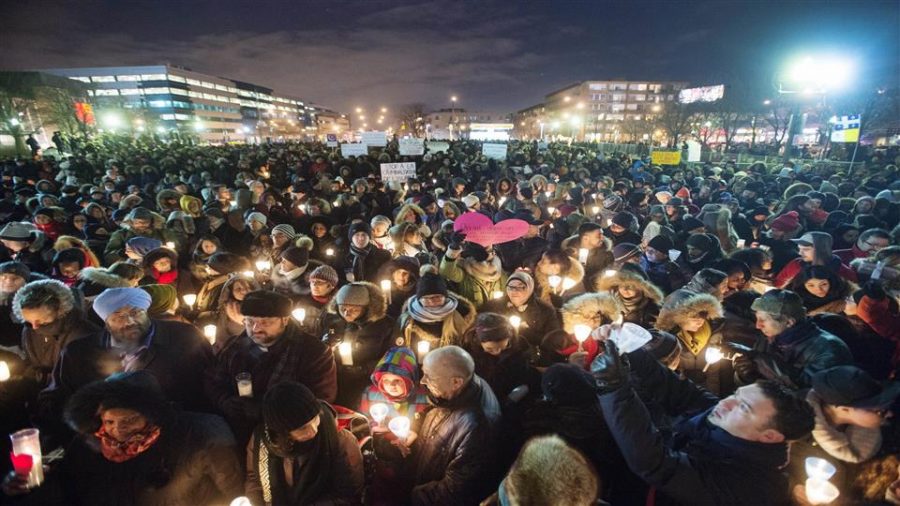 On the 29th of January, 2017, a lone gunman entered the Islamic Cultural Centre of Quebec City and opened fire on the attendees. Six were killed before Alexandre Bissonnette, the perpetrator, fled the premises. Shortly after, police detained who they thought was the gunman but later released the suspect as it was clear that he was just a bystander. Bissonnette, after fleeing, then called authorities and admitted to the heinous crime. The motive? Bissonnette was a far right white nationalist with a particular hatred for Muslims (Islamophobia) and orchestrated the attack to kill as many of them as possible. Horrific? Certainly, but very cut and dry considering the proper identification of the attacker and his motive. Right?

Many online forum communities at the time, and some even now, would have to disagree. For the rest of the article, we will be analyzing a certain moderated Internet forum known as Free Republic, a chat site for self-described conservatives primarily within the United States. As news came out of the attack, this forum site was host to innumerable amounts of people discussing who they believed to have been the attacker, a Muslim. Even upon the first news report of the shooting that simply stated that ¨Quebec City Police are outside of a mosque where multiple gunshots were fired. Multiple people are feared wounded… Police have set up a perimeter around the mosque,¨ a thread was created on Free Republic in which countless people speculated that a Muslim was the attacker, even though the attack was centered around an Islamic mosque. A clear Islamophobic reaction to news of a shooting: to assume the shooter is a Muslim. From this point on, a conspiracy was manufactured.

On the 30th of January, only one day after the shooting, a user on Free Republic would post ¨CONFIRMED ON POLICE RADIO: The two suspects are Bashir al-Taweed and Hassan Matti, Syrians who entered Canada as refugees last week.¨ As I probably don’t have to point out but I will regardless, this is not true, but because it implicated Muslims, it quickly gained traction on the website. Here’s one sarcastic comment on the thread posted by user SouthernerFromTheNorth: ¨Well would you look at that. Turns out the mosque in Quebec WAS attacked by some right-wing, blond-haired Canada-forever Christian men! CBC news is reporting that the two Quebec Mosque shooting suspects are: 1) Bashir al-Taweed and 2) Hassan Matti. Those are some Christian, Canadian names if I ever heard some!¨ Given the gift of hindsight, this sarcastic comment is pretty ironic. Keep in mind that there is no actual evidence of those two ´Muslim suspects´ being the shooters. None at all, but at this point, most speculators had already decided that the attacker(s) was Muslim.

The police, as the story was developing, released the names of the two suspects they had in custody. Alexandre Bissonnette, the actual shooter, and Mohamed el Khadir, the bystander that was mentioned at the beginning of this article. Users on Free Republic, Twitter, Youtube, Reddit, 4-chan, and other sites took this and ran with the Islamophobic notion that Mohamed was the shooter, not Alexandre, simply based on what his name is. This speculation didn’t last long, as police quickly revealed that Mohamed was, in fact, a witness and that Alexandre, the white nationalist alt-right Islamophobe, was the shooter. One may believe that this would disprove the Islamophobic narrative on the alt-right conservative side of this whole debacle, but you’d be wrong. Posted by user Lopeover on Free Republic, ¨Anyone can convert to Islam and be brain washed. It is an evil ideology.¨ So, they still stick with the story of a Muslim attacking an Islamic mosque because they don´t want to face the truth that one of their own kind could do wrong, and remain Islamophobic all the while.

The Islamic convert angle didn’t last long, with emerging reports on Bissonnette describing him as a far right-wing white nationalist type. Surely, one would think that these guys over at Free Republic would give it up and admit that their racist story doesn’t hold water. Nope, not even a little bit. At this point, basically all of the followers of the racist narrative began to question the validity of the reporting on the shooter with posts stating, ¨Very suspect reporting to me,¨ and ¨I want more information about this incident,¨ and ¨Very fishy.¨ They want more evidence for the claim that Bissonnette was on their side rather than an Islam convert, when they ran with the notion that the shooters were two Syrian refugees with little to no evidence at all simply because it supported what they speculated.

This story is just one example of many demonstrating how, with enough people, any harmful group on the Internet can spin a false conspiracy in their ideological favor, even if presented with rock-solid evidence. How embarrassing, Free Republic, how embarrassing…