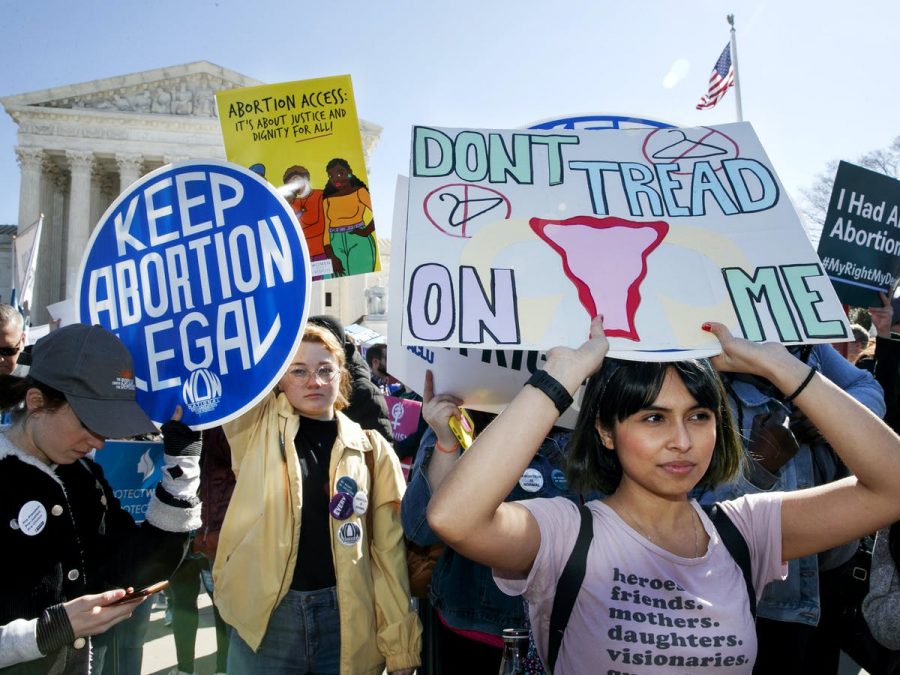 Abortion is a sensitive and controvertial topic. Recently, Olivia Packard posted an article “Why Abortion Should be Stopped” on the Kings Courier. I read this article, and while the author had decent support for their argument, I disagree. I think abortion is a woman’s right for multiple reasons, and no one else should be trying to tell women what to do with their bodies.

The author of the article used Bible verses and God to justify the need to end abortion, however I don’t believe in God. To this I pose a question: Why should I, someone who doesn’t believe in God, follow the Bible’s teachings? Most people would answer you shouldn’t, but people still justify their need to control others with the Bible.

The author goes on to say even if a girl gets pregnant after being raped, they shouldn’t get an abortion. In my opinion, the girl is already going to have to live with the trauma of being raped, why make them raise the child of their rapist? It’s going to make it so much harder to move past their trauma when they have to wake up every morning and face the blood of the person who hurt them most.

Some of you might be thinking, why not give the child up for adoption? The foster care and adoption system in America are underfunded and overwhelmed with children. Most people think they want to be foster parents, but end up quitting after a year because it’s harder to take care of the children than one would think. As someone whose parents used to foster, it can be an extremely difficult task and is hard on the children. Why have a child just to throw them into a system that most people use for the money?

Another point I’d like to debunk is the child being alive from the moment of conception. A fetus doesn’t get its heartbeat until the third month, therefore, the child isn’t alive from the moment of conception. It’s simply a clump of cells, almost parasitic. Don’t believe me? The fetus wouldn’t be able to live without the mother. It gets its nutrients from the mother, it survives solely on the mother’s body. The fetus is not only not alive until the third month, but it’s also a parasite until it’s birthed.

I could go on forever on why abortions should not only be leagalized but also more accessable, but I think I’ve said enough. Your religion isn’t a valid reason to control someone else’s body. If a girl is raped, she has every single right to get an abortion. While putting the child up for adoption is an option, the foster care system is corrupt and overwhelmed. A fetus doesn’t get its heartbeat until the third month, therefore it’s simply a clump of parasitic cells until the third month in which it becomes a parasitic clump of cells with a heartbeat. And most importantly, abortion does have its risks, however pregnancy is 14 times more dangerous and unsafe abortions will cause more problems. So tell me, is it really worth making abortion illegal?