From Screen to Stage 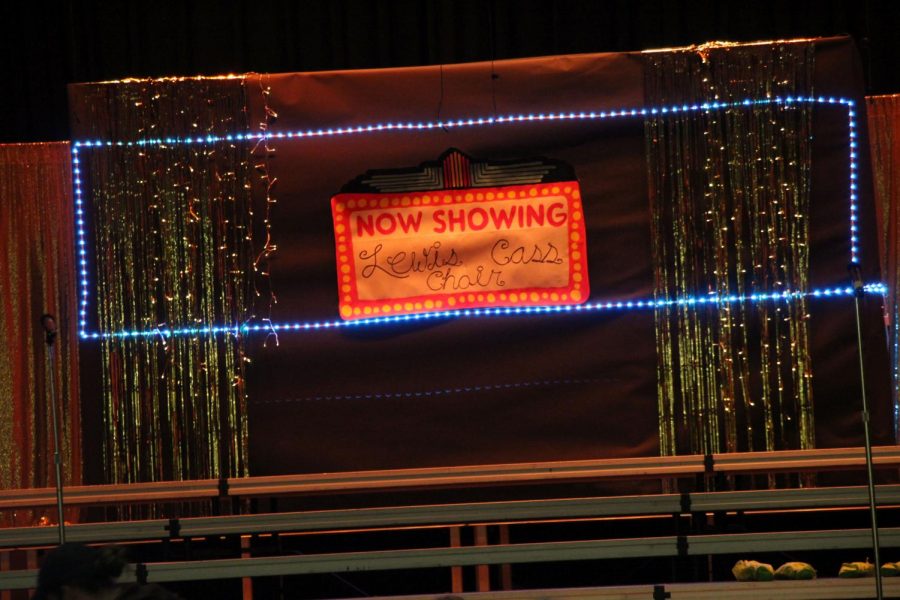 Lights, camera, sing. No, not lights, camera, action, I made no mistake. On May 12 of 2021, Lewis Cass choirs performed our “From Screen to Stage” concert. This concert featured many songs from Disney and musicals. However, this wasn’t a typical concert. There was so much backstage work, but in the end it was all worth it. With a series of introduction clips filmed for the songs, choreography, and music, this concert will stick with me for a long time.

Normally, choir concerts have fairly simple stage set-ups. Risers, a few decorations to fit the theme, some microphones, and, of course, the singers are present, but this concert was a whirlwind of props, risers, banners, LED lights, and a promethean designed to look like a vintage TV. While all the backstage work did take time, it was far from the hardest part.

The hardest part, by far, was learning songs, blocking, choreography, and acting of each song. This is especially true for the Kings’ Charisma’s “Beauty and the Beast Medley”. This song was a ten minute performance composed of “Be Our Guest”, “Belle”, “Something There”, “Gaston”, “The Mob Song”, and “Beauty and the Beast”. The song took nearly a six weeks to complete from singing to choreography to acting to blocking to song transitions, but it was definitely my favorite song to perform. Kings’ Charisma also performed “The Rhythm of Life” from the musical Sweet Charity and “Shallow” from A Star is Born.

There were three other choirs that performed at the concert. The elementary choir performed “Hakuna Matata” from The Lion King and “My Favorite Things” from The Sound of Music. The sixth grade choir sang “Rainbow Connections” from The Muppets and “We’re All in This Together” from High School Musical. The junior high choir sang “All is Lost” from Frozen II. The 6-8th grade girls stole the show with “Hard-Knock Life” from Annie, which was by far my favorite song to watch. And all four choirs closed the concert with “This is Me” from The Greatest Showman.

The “From Screen to Stage” concert was prefaced by an awards banquet and senior night as well. Many vocalists received awards in varying categories varying anywhere from leadership to service to most improved to most outstanding. Senior night left everyone with some tears, but I hope they truly enjoyed their final concert. We’re really going to miss them.

And of course, the concert wouldn’t have been possible without Mrs. Dubois. She had the vision, and she made it happen. I hope she’s proud of all four concerts she put on this year. They’ve been a lot of fun to perform, and Mrs. Dubois has been a wonderful teacher this year. She helped us build the choirs as a family and a team and I think that’s what really made these concerts possible.

I’ve really enjoyed this year in choir and I hope my choir family has too. You guys were so much fun to perform with and I made a lot of new friends within the choir. It’s one of my second families and one of my favorite places to go at the end of a long school day. Thank you for a wonderful freshman year.