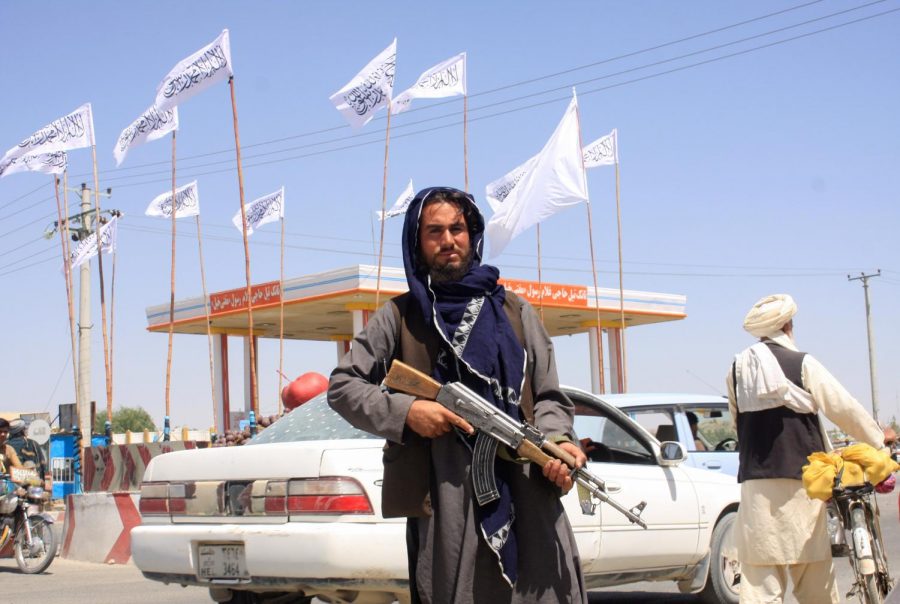 America is a place that feels generally safe to its citizens. We don’t have to worry about shortages and war threats, but not everyone has this luxury. The Taliban is a notorious, power-hungry, terrorist group in the middle east. This group wreaks havoc on any place they consider theirs or a threat and have been doing so since the 1990’s. Recently, the Taliban has taken over Afghanistan. This takeover began in July of 2021 and is still continuing. Most U.S. soldiers have been evacuated from the country. However there are millions of Afghans in danger still.

This takeover started shortly after President Biden’s speech on July 8, 2021. Biden talked about how the US didn’t go to Afghanistan 20 years ago to nation-build, they simply wanted to make sure Afghanistan didn’t become a base from which attacks could be made against the US. Biden said the US had completed their job and supplied Afghanistan with the proper weapons, training, and tools to build and defend themselves. Biden stated that all US troops (nearly 25,000) would be out of Afghanistan by August 31, 2021. At the time the speech was given, all U.S. troops were accounted for and unharmed.

Throughout the month of August, many advancements were made against Afghanistan by the Taliban. They moved slowly at first, pushing troops out of a few cities at a time. However on August 15, 2021, the capital city of Kabul fell to the Taliban. After this, people began to flee the country at much faster rates. The main airport being used, Kabul’s international airport, faced an attack that killed more than 100 people, including 13 U.S. service members. Over 100,000 people have been evacuated from Afghanistan, but the country is still under the control of the Taliban.

Many Afghan citizens have been left in the country, and many of them are in danger. Translators, journalists, women’s rights advocates, and anyone who collaborated with the US government are most at risk. There is no telling what could happen next to these citizens as they live their lives in terror.

There are things that US citizens can do to help. To aid those left in Afghanistan, donate to the International Rescue Committee (rescue.org), International Medical Corps (internationalmedicalcorps.org), Women for Women International (womenforwomen.org), and countless others. No One Left Behind (nooneleft.org), Miles4Migrants (miles4migrants.org), Human Rights First (humanrightsfirst.org), and still more are resources for those that are currently trying to leave Afghanistan. There are also many resources for those currently seeking refuge in America. A quick Google search of “how to help Afghan citizens” could leave endless possibilities that everyday US citizens can do.

The things happening in Afghanistan may seem far away and unthinkable to us, but to Afghan citizens this is a terrifying time. The Taliban is one of the most powerful terrorist groups internationally, and they now have control of the country. Thousands have been killed or injured since the start of the Taliban takeover, and thousands more are still in danger. There are many ways everyday US citizens can help, and everyone should do everything they can.