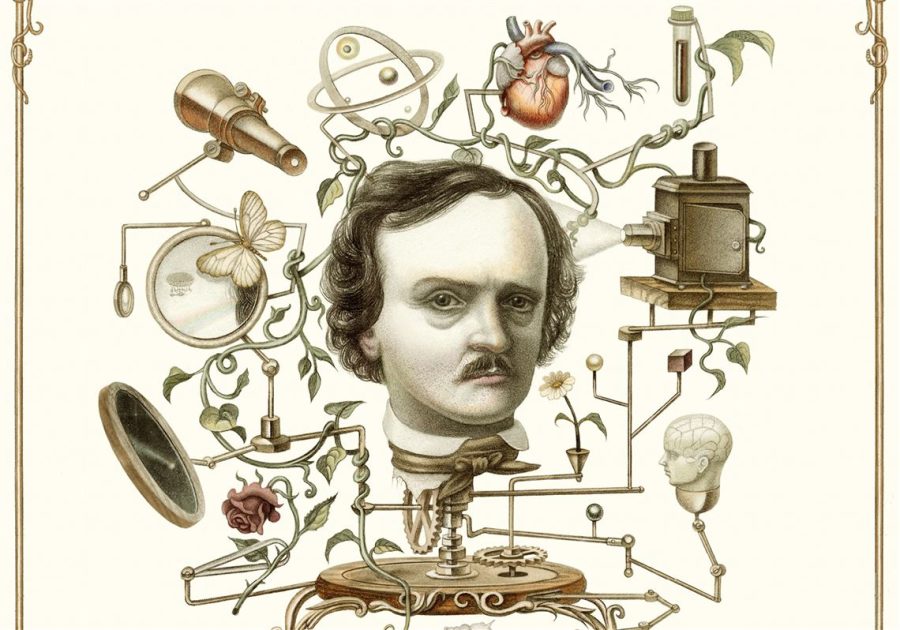 When one reads a story by Edgar Allen Poe, she can expect there to be a deeper understanding than simply the words written on the page. A literary symbol is an object, action, or event that represents an idea more complex than its literal self. “The Masque of the Red Death” alludes to major symbols about life, death, and greed.

The colorful rooms in the story not only show the progression of changing colors but symbolize the progression of someone’s life. The rooms start with a calm blue color with matching accents all around. This room hints towards birth. As one continues through the halls, she experiences the colors of life through Prince Prospero’s party; however, at the very end, a dark obsidian black plagues the last room with blood-red accents. This room obviously signifies our always existent doom. While partying, people are subconsciously making their way towards the room that is black. This written phenomenon may not be easily perceived at first, but it is hinted at by Poe wonderfully. In life, one cannot stop approaching the black room. No matter if one distracts herself with Prince Prospero’s parties or simply ignores the truth, death will come for us. That is why the clock is another interesting additive to the story. At every hour, everyone stops in time to listen to the dinging of the gothic-grandfather clock. These chimes show the interruption in time when one realizes their own personal stance on death. The noise comes from the black room, symbolizing what stage they are in life and how much more time people have until their departure.

Unlike the almost hidden meaning within the colored rooms, the tall, intrusive, dark figure at the end of the story very obviously represents death. The country in which this story takes place is being taken over by a disease called the Red Death. Prince Prospero, a wealthy individual, throws a party with people who he believes to be healthy. It is obvious though, that sickness by disease is unavoidable. The dark figure appears and “ruins” the vibe at the party according to the Prince. As he and his comrades chase the dark figure all the way to the black room, it is not even a second thought about how close they are to death. When the Prince lashes out at him, he instantly dies, which signifies his ignorance to being unstoppable. At the very end, the figure’s mask is removed, showing that there is nobody behind it, which creates an eerie aura to the story. The Red Death is unavoidable. Although this story was written well before my time, it symbolizes problems present in my own life. There are people who believe that COVID-19 is not real even though millions have died. The ignorance of humanity towards a disease does not mean it simply goes away. Thus, Poe symbolizes man’s mistakes in not greeting death but instead avoiding it.

Although the other two major symbols can be represented by a thing or person, Prince Prospero’s wealth proves through his greedy actions that no one can simply escape the inevitable. Throughout the story, Prince Prospero’s castle shows us this fortress that he has built for himself. This man is a blatant coward who could have easily used his wealth and power to improve the health of his fellow citizens, but he instead protects himself and blows it on a good time. In a world that is dying, money cannot solve the nitty-gritty issues. For as long as history has been recorded, there have been classes, ranks, and status differences amongst people. Poe symbolizes the Prince’s wealth with the underlying greed he possesses, like many others. If the Prince has helped others instead with his fortune, he may have lived an even more prosperous life.

By combining all of these symbols into one short story, Poe has proven how nasty human nature can be and how little people account for their lifetime. Death is an unavoidable part of everyone’s path. As one moves through the colors of life and hears the chimes of death calling, she should embrace it with open arms and be grateful for a life well spent instead of avoiding the doom of the black room.