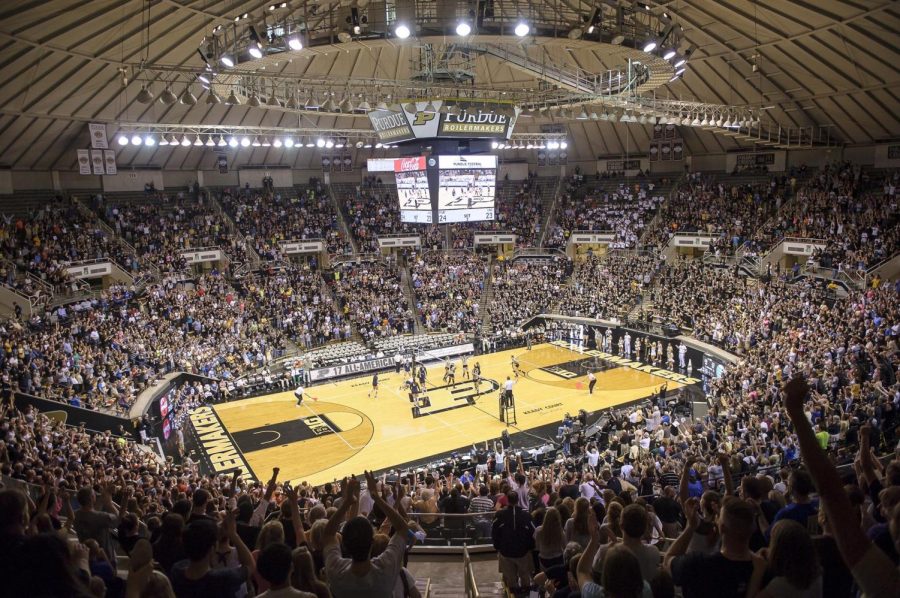 As many people know Indiana University and Purdue University have a rivalry, and this rivalry happens only a few times a year! On March fifth, the two teams went head to head in a pre tournament game at Mackey Arena. The two teams went head to head a few weeks ago, but Indiana University had the home court advantage so it was Purdue’s turn. The game was intense, fun, crowded, and loud. It was one game that I will never forget attending!

The energy the Mackey Arena brought was helping Purdue in its rivalry. The game was close from the beginning. From the start of the tip off, the crowd was ready to watch the two teams play. Purdue’s seven foot four center, Zach Edey, towered over all of the players, and had enough height to receive the jump ball.

The first half of the game was within a few points of the twenty minute half. The crowd was standing up and celebrating when their team made a point. Indiana University decided to stir up some conflict within the first half several times by messing with the Purdue players. The refs had to get in the middle of the arguments each time which caused the game to drag on longer than expected.

At halftime, Purdue was winning thirty three and Indiana had twenty nine. The teams went to their locker rooms, and the stadium recognized the seniors. This was interesting because there were over one hundred seniors involved with something at Mackey Arena. Some were involved in the band, paint crew, dance team, marketing, cheer, and basketball players.

During the second half of the game, Many fans were getting upset because Indiana was taking the lead. Purdue was just not getting as many baskets in as Indiana. The score between the two teams was like there was almost a glitch in the screen because it was going back and forth so much. The last five minutes of the game was very stressful amongst the crowd because we all thought that Purdue was going to lose. Purdue made the game winning shot with one point seven seconds left in the game. The fans were all excited and the band played Hail To The Old Purdue. The final score was Purdue sixty nine and Indiana had sixty seven points.

In conclusion, Purdue and Indiana University both put on a spectacular game that many people will never forget. The crowd was into the game the entire time which helped in the boilers home court advantage to pull off the close game. I can not wait to cheer on the boilermakers in the student section next year!